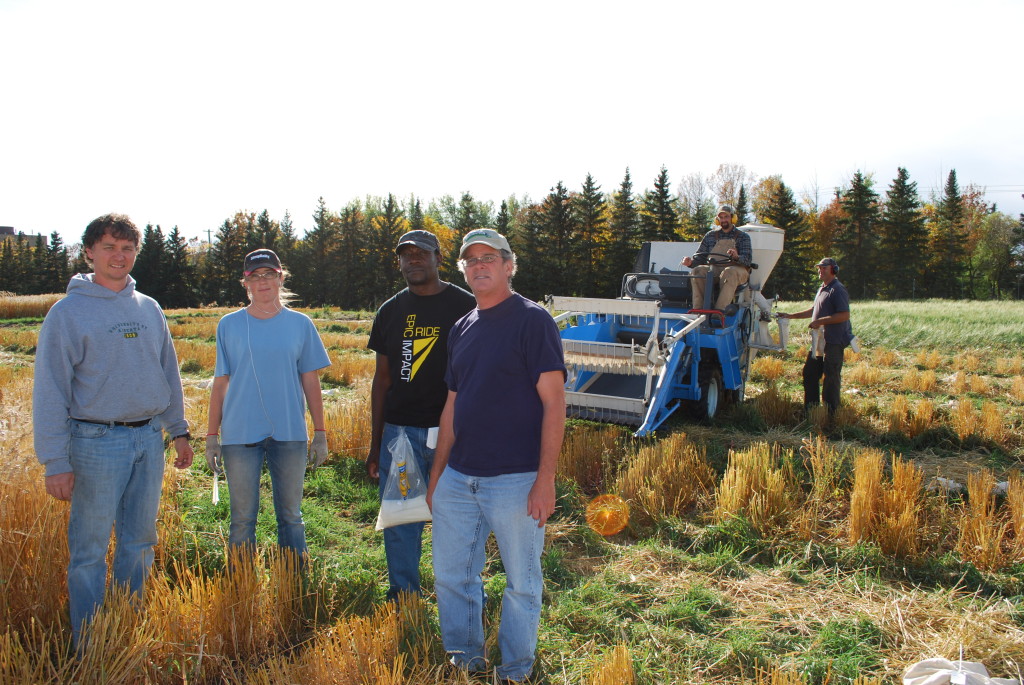 (Photo: Wheat breeder and professor Dean Spaner, foreground, and members of the wheat breeding research team at the U of A)

“The wheat breeding program at the U of A’s Faculty of ALES is an important piece of the western Canadian wheat breeding network,” said Dave Sefton, WGRF Board Chair. “WGRF has been investing in wheat research at the U of A since 2005 and, over this time we have seen the program take some significant strides towards the development of new wheat varieties and germplasm for the parkland zone.”

“WGRF’s support has been integral to the success we’ve enjoyed,” said Dean Spaner, wheat breeder and professor. “This continued long-term investment demonstrates the value the wheat producers of western Canada place on our work, and is the base that attracts other investors. This announcement is a tremendous boost in confidence and responsibility, for which we are deeply grateful.”

“This investment over the next five years more than doubles the previous five year commitment by WGRF,” says Garth Patterson, WGRF Executive Director. “Over the last five years alone, the U of A Wheat Breeding Program has registered five improved CWRS varieties, released one germplasm line, and graduated five PhD and four MSc students. This exemplifies the great work being done at the U of A.”

“We are very proud of our wheat breeding program that helps western Canadian wheat growers grow healthier, higher-yielding crops,” said Dr. Stanford F. Blade, Dean of the Faculty of Agricultural, Life & Environmental Sciences. “We’re also very grateful for the confidence shown by WGRF, whose support plays a pivotal role in the success we’ve had with our program.”

The U of A breeding program focuses on Canada Western Red Spring (CWRS), Canada Prairie Spring Red (CPS-R) and the Canada Western General Purpose (CWGP) class. The goal of the program is to develop and select germplasm that will result in higher yielding varieties that are earlier maturing, have increased straw strength and protect the quality characteristics of the CPS and CWRS wheat.