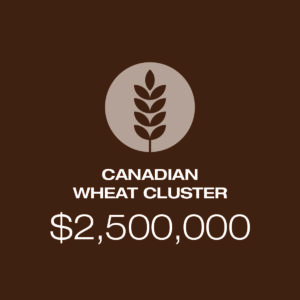 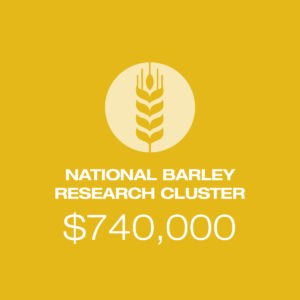 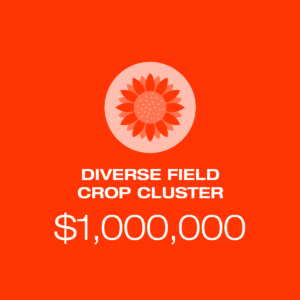 The Canadian National Wheat Cluster is led by the Canadian Wheat Research Coalition (CWRC). WGRF will invest nearly $2.5 million into 18 wheat projects ranging from the development of pre-breeding and breeding tools to improving yield, yield stability and grade protection, and management of Fusarium head blight.

WGRF is investing $740,000 into the National Barley Research Cluster. The Barley Cluster is being led by the Barley Council of Canada. The Cluster will focus on projects that help maintain barley as a competitive crop choice for Canadian producers through improvements in agronomics, disease resistance and processing traits. WGRF will specifically support five projects focused on variety development, pathology and knowledge transfer.

WGRF is also investing more than $1 million into the Diverse Field Crop Cluster (DFCC). Led by Ag-West Bio, this cluster is supporting a number of crops including flax, canaryseed, sunflower and mustard. The DFCC will align industry and research stakeholders to seize market opportunities and accelerate the acreage and returns of these high-potential crops in coming years. WGRF’s funding will specifically support four projects: the development of flax cultivars for Western Canada; germplasm and variety development of condiment mustard; storage and quality of canaryseed; and the development of confection sunflower hybrids.

“A constant of WGRF is our collaborative approach to research. When you include the Integrated Crop Agronomy Cluster that WGRF is leading and the Organic Cluster announced last year, WGRF is investing more than $6.4 million into crop research through the Canadian Agricultural Partnership Program,” says Terry Young, WGRF Board Chair