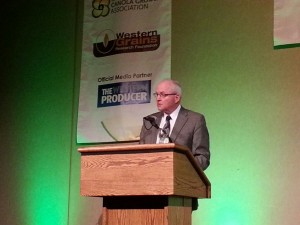 Through a co-funding partnership with the Agriculture Development Fund (ADF) and other producer commodity groups, Western Grains Research Foundation (WGRF) is excited to announce $4.4 million of new funding for 34 crop-related research projects.

“Co-funding partnerships help maximize the investment we, as producers, are making in crop research,” said WGRF Board Chair, Dave Sefton. “Producers are committed to investing in agricultural research because we know the knowledge and tools it provides are vital for our continued success.”